A downloadable game for Windows and Linux

What Happens When We Die?

Is death really as it seems?
What if we had the wrong idea?
What if death wasn't death at all?

When a visit to the island's mansion turns out to be much more than our protagonist bargains for, discover what happens in the aftermath, uncover a nefarious secret, and earn an audience with the prestigious lord of the estate.

Explore the island to find curiosities. Experiment to discover their purpose. Search the island for a way into the mansion. Talk to people and get to know them (or don't, it's up to you.) Who you choose to interact with can change the way the game unfolds. There is more than one way to approach this story, and more than one tale to be told.

During your journey you'll encounter a variety of strange and wonderful creatures to interact with. Some might be friendly, others might be afraid of you, and others still can be dangerous if handled the wrong way. But if you take the time to observe them, you might learn a thing or two, and get to know them better.

Darling is the main protagonist of the story. After a lengthy preparation period, he arrives as a new resident to the island, ready to begin a meaningful chapter in his life together with his wife Madeline in their new seaside home. But things turn out a bit differently than either of them planned, and a note left by Madeline is the start of an unbelievable chain of events...

The proprietress of the local tavern, Berta's meals are popular with residents of the island and visitors alike. There's never a slow day at her tavern, and she does what she can for those in need. Though, she has been known to take on more than she can reasonably handle sometimes.

Trudy is the headmistress at the only schoolhouse on the island. It is her joy teaching children, and she makes the most of every day watching them learn and grow. But due to recent occurrences on the island, she and the children have lost their access to the school. To make matters worse, now she is being forced to tutor the son of the person who caused all this!

Mindy runs an herbalism practice on the island, as well as a storefront for a variety of flora. Effectively she's the island's naturopathic (and only) doctor. When dire circumstance begins befalling the residents of the island, Mindy discovers she has lost access to her supply of medicines.

These and many more characters await you in Death? Preposterous!

Please keep in mind that these are approximate minimum system requirements.

this game is wonderful but i seem to be stuck. there are a lot of creatures that ive tried interacting with that does nothing, ive tried all of my curiosities with them and i cant find any more curiosities

I'm glad you're enjoying your time with the game! Thanks for taking the time to reach out.

Helping you progress specifically will depend on what creatures you are feeling stuck with. Some of them are a little more particular about what order they require you to interact with them in. You may try the same interaction more than once and see different results. Most curiosities you can find outside of the mansion grounds around the island. They aren't all found outdoors either if you haven't explored the indoor areas much yet.

If you've tried all that though and explored everywhere you can find or think of, and you're still feeling stuck and want some more specific directions, let me know what area you've managed to reach within the mansion and what creatures or part(s) you are feeling stuck at specifically and I'll give you some more details if you'd like.

ive been able to get inside the mansion grounds three ways but i can only leave via the one ledge. in the kitchen i have only managed to figure out how to fight the hot potato. there is  a curiosity outside that i cant get to and i cant find any more curiosities inside although i get stuck when im in the basement

Okay. It sounds like you need one more in the kitchen/dining hall area, and then you'll be able to continue through to the next area. You may have simply not encountered it yet, or even if you did, it probably gave you some trouble. It's one of the more challenging and specific creatures to progress through so I'm not surprised if players are getting tripped up there.

To get through that particular encounter, you'll want to make sure you are thorough with your observation of the creature before you try any of your other options...

The basement is a mysterious place. The dim lighting, that guard standing watch... Rumors have been spreading among the mansion's guests and residents too...

(Hopefully those hints are enough to get you back on your way and enjoying it again. I tried to give you nudges without totally spoiling exactly what to do. If you still need more help just ask, and I'll be happy to clarify the steps needed.)

that did help a lot! now i have to figure out how to deal with the hot blob and get the curiosity in front of the castle!

I'm glad that was helpful enough for you!

That hot blob is tricky. You'll have to do something you probably weren't expecting, and it's going to involve curiosities for sure. Something to make the heat less intense...

As for the second part you mentioned, the curiosities on the mansion grounds, a little patience will see you through... There are a few folks that sometimes appear in the hedge maze as well with helpful tips if you haven't spoken with them yet. 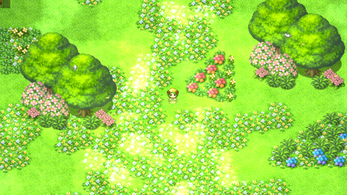 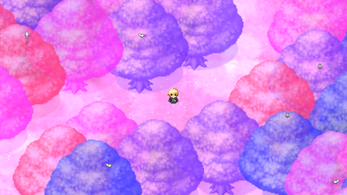 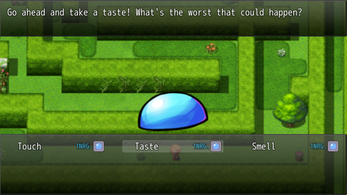 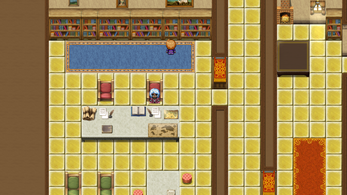 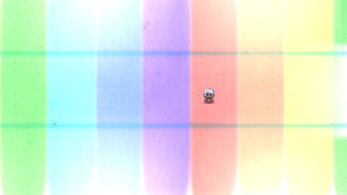 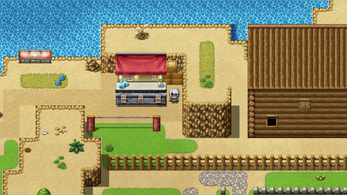 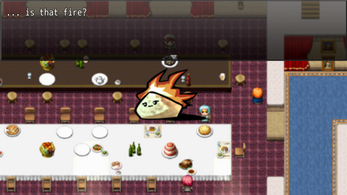 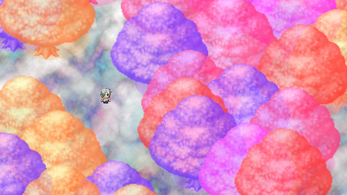 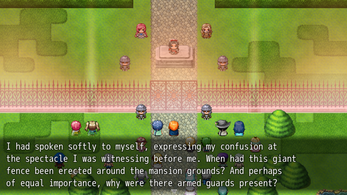 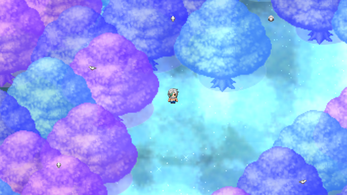 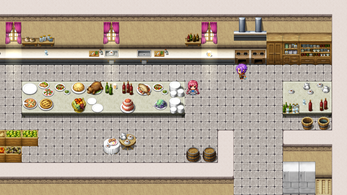 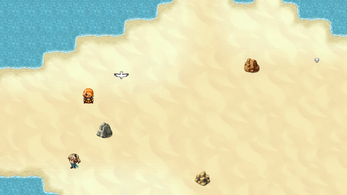 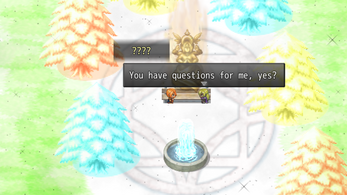